The Finnish Youth Association offers cultural hobbies, such as dance, theatre, circus, music, and sports, for all ages.

In our 700 member clubs every child, youth and adult has the possibility to experience culture, grow into active citizenship, and experience the joy of community!​ 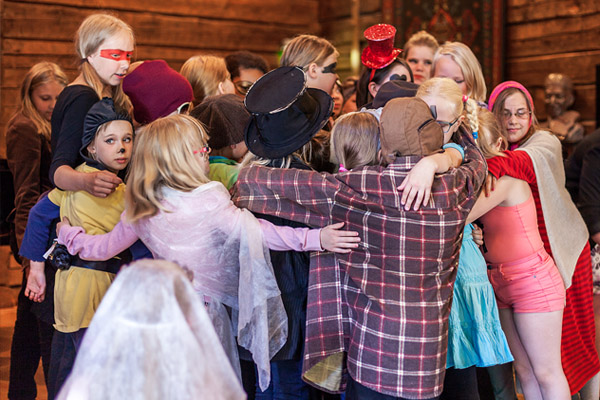 About 700 Finnish Youth Association clubs operate locally, all around Finland. The national organization along with its 15 regional offices organize events and courses, produce materials for use, and support the local clubs with their needs.

The Finnish Youth Association club was founded in 1881 in Kauhava, Southern Ostrobothnia. A year later several clubs organized themselves into one regional association, and in 1897 the national association was formed.

Culture, community and learning form the basis of our clubs. The aim is to generate genuine participation and let everybody's creativity show. For example, the instructors of our dance and theatre groups draw ideas and suggestions from the children, rather than giving a ready made choreography or manuscript.